Differences Between E-Cigarettes and Vaporizers

E-cig look-a-likes vs. personal vaporizers – which is best?

It's clear that vaping has many benefits over traditional smoking, but what about standard e-cigs vs. vaporizers? When you walk into a vape shop or browse one online, you’re faced with literally thousands of options—from delicious vape juice to different batteries and brands.

Another one of these options is a standard e-cig versus a personal vaporizer. Standard e-cigarettes, which are the cigarette look-a-likes most commonly associated with vaping, are one of the most popular smokeless devices, though vaporizers are increasingly becoming more mainstream and fashionable amongst experienced vapers.

When it comes to deciding which option is the best for you, it can be helpful to know just a few basic facts about each. 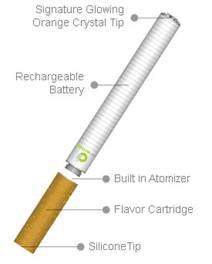 The basic e-cig is where it all got started back in 2003 by a Chinese pharmacist named Hon Lik. His idea was to create a nicotine delivery device that produced inhalable and flavored smoke-like vapor. Thus the modern e-cig was born, designed to evoke the look and feel of smoking cigarettes.

The basic e-cig look-a-like is very similar in size, shape and weight to a traditional cigarette, and contains three parts: the battery, the cartomizer (a combination of the cartridge and the atomizer) and a silicone mouthpiece. An LED light on the end of the battery glows when the user inhales, resembling the burning tip of a cigarette. The cartridge within the cartomizer holds the e-liquid and is usually disposable once empty. 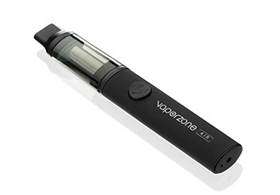 Personal vaporizers are newer to the market than e-cigs, yet they have quickly gained traction and become one of the most popular vaping devices out there. According to the Society for the Study of Addiction (2015), the number of vapers tripling from 2006-2015 – and many of those new vapers are using vaporizers as their device of choice.

Vaporizers, which resemble a large fountain pen more than a cigarette, are considered a step-up from the first-generation e-cigs, and offer vapers more advanced, customizable vaporizer. The vaporizer is composed of a large battery on one end, a clear reservoir tank in the middle and a mouthpiece. By pressing a small button on the side of the battery, the user engages the heating element which vaporizes the e-juice and releases tasty vapor.
Advantages:

Ultimately, your choice between a standard e-cig versus a personal vaporizer will depend on which experience you feel most comfortable with. E-cigarettes are smaller and look more like cigarettes, but are limited in battery life, nicotine consistency and flavor experimentation.

Vaporizers, on the other hand, are bigger and don't resemble traditional cigarettes quite as much, but can deliver more consistent nicotine delivery, battery longevity and a much larger variety of flavors and features. You have to decide what is most important to you and make your choice.

If you're ready to give vaporizers a try, start shopping by browsing through our selection of high-powered, high-functioning vaporizer cigarettes and virtually limitless e-liquid options. You can also continue browsing our vapor cigarette blog and learning center to learn more about these cutting-edge devices, regulations, research studies, and much more.