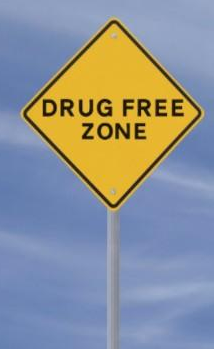 E-cigarettes and vaporizers are becoming increasingly popular among those who are sick and tired of puffing on the same old tobacco cigarettes and being exposed to harmful chemicals. While many people are trying to find an alternative to traditional cigarettes that is cheaper and better tasting, some are taking advantage of these handy devices and using them to vape synthetic drugs.

**Before going into specifics, VaporFi wants our readers and loyal customers to know that we do not condone the use of our vaporizers for ingesting synthetic drugs, nor do our e-cigarette tanks support such material. Additionally, using unintended products in our e-cigarettes will void the warranty on the device. VaporFi does not condone illegal drug use in any of our products.**

Both e-cigarettes and the concept of synthetic drugs are rather new; therefore there is no conclusive data to show the number of individuals who’ve died or been injured due to synthetic drug vaping. However, there has been an increase in the number of people showing up in emergency rooms due to the drugs.

The Vilification of Vaping

With all that said, the concept of using a device in a way that isn’t intended to get high is hardly a new concept. So people and agencies who claim that e-cigarettes should be banned because of unintended synthetic drug use might as well start protesting their local grocer for carrying apples (which have been used as marijuana smoking devices for decades) and spoons (which are the preferred preparation device for heroin addicts).

No one should use an e-cigarette or vaporizer for a purpose that it is not intended for—this includes vaping synthetic drugs. Just because some people have decided to use e-cigarettes in such a manner, doesn’t mean that they are no longer a smarter alternative to tobacco cigarettes.

We invite you to browse our site to restock on your vaping supplies or order an e-cigarette starter kit to experience the VaporFi difference! For more news and information about vaping, check out our blog and knowledge center.

Health & Safety: How To Cure A Sore Throat From Vaping?

Everything You Need to Know About Vaporesso Gen S

How to Choose the Best Vape Starter Kit 2020

All you Need to Know About Tanks: Single or Dual?

Just Like Momma Told You: The How and Why of a Clean Vaporizer