The last time you heard anything about Ohms law may have been a high school science class, but it’s time to bone up on the concepts before you go on your next vaping adventure. Understanding Ohms law is an integral part of mastering sub-ohm vaping and, in turn, learning to produce the very best build possible.

Put simply, Ohms law is used to determine current, voltage and resistance in any circuit. Your personal vaporizer is, indeed, a circuit unto itself and your device probably has variable settings that will allow you to adjust each of these aspects individually.

By extension, once you learn Ohms law, you can also learn about power and wattage, which is the much more common way of measuring how well a vaporizer will perform.

Ohm’s law itself simply says that I = V/R.

I is the current in your device, measured in amperes. Current is basically the amount of electricity flowing through your device.

V is the voltage. Voltage is actually a measurement of the potential difference in energy between two points in your circuit. Some of today’s devices have a variable voltage setting, so it is important to understand how changing the voltage will change your overall performance in this equation.

R is resistance, measured in ohms. Many vapers are familiar with the term “sub-ohm vaping,” meaning vaping with a total resistance of less than one ohm. The amount of resistance in your circuit obviously has an impact on the amount of power you are getting out of your device.

The Ohms law equation can be rewritten and rearranged following the standard rules of math to create the following two equations as well:

Using this method you can input any two variables to determine the third, or work in reverse.

The equation for finding Power is actually just an extension of the Ohms law equation that looks like this: P = VI.

P is power, measured in watts.

All manufacturers advertise the wattage of their devices, indicating the amount of power that you will get out of them. In general, the more power, the bigger the clouds and the stronger the vape.

Okay, we’ve explained Ohms law in general terms, but we have yet to explain Ohms law for vaping and why it’s important. First of all, batteries are rated at a specific resistance level, and many early sub-ohm vapers encountered battery explosions and overheating because they were not careful to measure the resistance they were working with.

Using the power formula and Ohms law, you can now do the math yourself to ensure that you are working within the limits of your equipment to prevent dangerous accidents.

In addition, atomizers and cartomizers are sold with pre-set resistance ratings. If you are curious how these components will impact your vaping, you can plug the numbers into Ohms law and see for yourself.

Since Ohms law is based around a fraction, the impact of changing resistance is not necessarily linear or positively correlated. This means that less resistance actually creates a higher output instead of the other way around. That’s why sub-ohm vaping has become so popular.

While Ohms law is certainly about the safety of your build and keeping you away from exploding batteries, it also has implications for the efficiency of your device as well. Every piece of your circuit has its own impact on the way your device performs, so understanding Ohms law can change the way you choose your coil wires, or the type of battery you use.

If you are trying to get more heat out of a coil with less battery consumption, using a thinner wire will help you out. This set-up actually preserves some battery, but also cools down faster, which may impact the evenness of your vape.

On the other hand, adding a second coil will heat up slower, and take a little more power, but will also provide a wider surface area for heating your e-liquid which greatly increases the amount of vapor you produce.

It is also worth noting that resistance is divided between coils, rather than added up, so the more coils you add in the circuit, the lower your resistance goes. For instance, two 1 ohm coils actually split the resistance in half, so you only have 0.5 ohms to contend with now. Again, this is in keeping with the fact that lower resistance and more coils create more vapor.

In the beginning Ohms law can be a bit difficult to understand in terms of how your vaporizer works. However, there are tons of online resources by experienced builders who can show you exactly what you should be looking for in a balanced build.

There are also charts and calculators designed to help you measure the safety of your device. When it comes time to buy your new vape tanks or vape mods you can now consider exactly how the whole set-up will perform before you test it out. 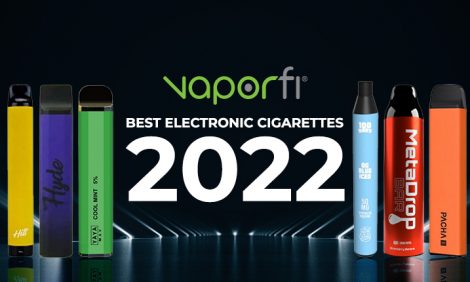 Vaping and the Environment 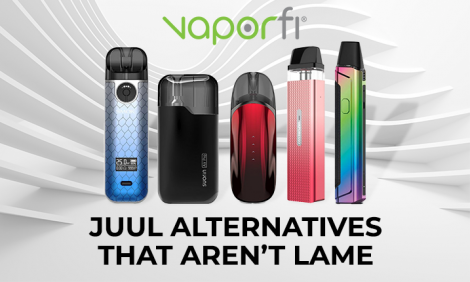