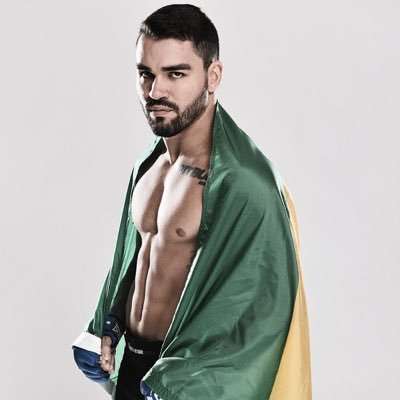 Get ready, MMA fans! Team VaporFi MMA is bringing the action in with Bellator 205 tonight, September 21, 2018, and it’s going to be a great night of great fights happening! Live from the Centurylink Arena in Boise, Idaho, VaporFi MMA will be sponsoring the unstoppable Patricky “Pitbull” Freire during the event’s Main Card. Bellator 205 will also be featuring AJ McKee vs. John Macapa during the night’s Main Event. Be sure to catch it all and cheer on our boy as he reps the vape fam. Bellator 205 will be broadcast live on Spike TV/ Paramount Network with the Main Card starting at 9:00 PM ET, and you can bet there will be some incredible matches ahead. Go Team VaporFi!

If there is anyone out there who represents what VaporFi MMA stands for, it is Patricky Freire. This guy is an absolute beast of a warrior, who fights with not just his mighty braun, but his brains as well. He aims to fully understand his opponents, and with a 19-8 win/ loss record, it is highly evident that he is exceptionally committed to his craft. At 5’ 7″ and weighing in at 155 lbs, Pitbull is a lightweight known for his ability to put a major knockout on. He has very serious expectations of his fight tonight as he faces off against Roger Huerta, and expects it to fully conclude in the first round. The only way to know for sure is to catch it all, and considering our boy Freire is on the hunt for a Bellator title, we expect all the stops to be pulled out.

As Freire stated on his opponent: “He’s not an excellent striker, but it’s not an easy fight. He’s a veteran, a smart fighter. He’s in the game for a long time and I can’t underestimate a veteran.” And clearly, he knows exactly what he’s up against, and his confidence in having picked Huerta apart shows Pitbull is more than ready to take it to the cage.

VaporFi MMA is all about partnering with an industry that holds so many parallels to our own. While the inherent connection between vaping and MMA may seem unusual, what we stand for is the same. Vaping has managed to stand the test of time, carving out a unique but highly important niche in the market as alternatives to the standard, offering millions of people around the world a better option. The empowerment that has driven this industry is mind-blowing, and we are beyond passionate to do what we do. It hasn’t been an easy path, but it has been worth it. Likewise, for those competing in the sport of MMA, it is anything but easy. These athletes have to push against all odds to make it in a professional sport that is extremely competitive. A lifetime’s worth of training can be shot down in an instant; a single fight can set the foundation for a career, and for those who take the chances at succeeding, we offer so much respect.

VaporFi-sponsored athletes are selected for their determination, strength, and hunger to succeed, and Patricky Freire is a prime example. His mental prowess and drive are awe-inspiring, and we look forward to watching everything he pulls out in the cage tonight.

So, vape fam, tune in and catch all of the action as it’s going down live tonight at 9:00 PM EST, and it will be broadcast on Spike TV/ Paramount Network. You know we’ll be cheering on VaporFi-sponsored Patricky “Pitbull” Freire as he fights for the vape fam, gunning for that Bellator title. Don’t miss it!

The Sense Herakles 3 Sub Ohm Tank is Our Deal of the Week!

Deal of the Week: Calling All Coffee Lovers!

Paul Daley Fights for the Vape Fam at Bellator 199!

VaporFi MMA Will be Fighting Hard at Bellator 195!

The Vape Fam Goes Hard at the Professional Fighters League This Weekend!