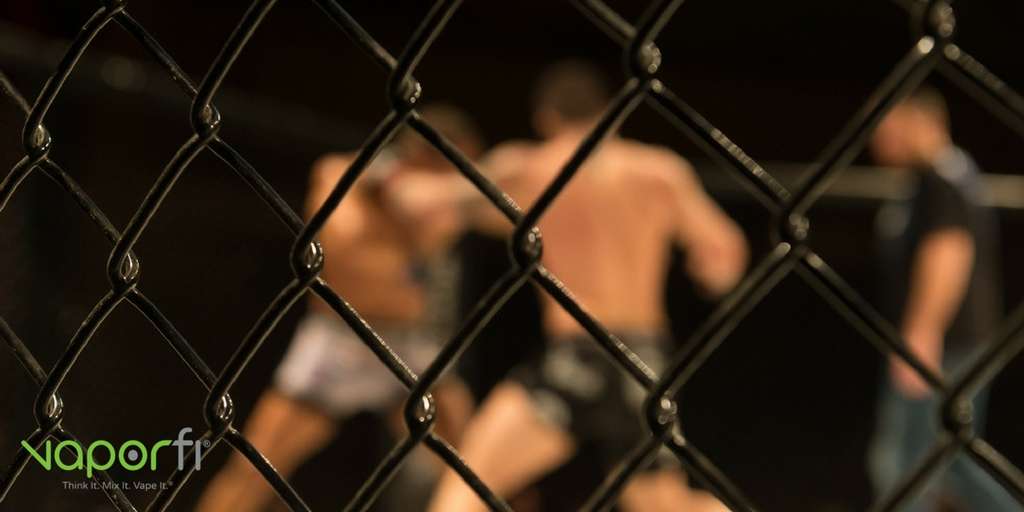 Fight For Your Right to Vape, Industry News & Headlines

Bellator 194 is happening tonight, Friday, February 16, Live from the Mohegan Sun Arena in Uncasville, Connecticut. The prelims will start at 7:00 PM (EST) while the Main Card goes down at 9:00 PM (EST), and will be broadcast from Paramount (formerly Spike TV). Three killer fights are scheduled for this evening of incredible action, and we hope you’re up for watching it all go down! Team VaporFi will be repping the lightweight title challenger, Patricky “Pitbull” Freire, so get ready to cheer on the vape fam!

Team VaporFi MMA is a unique partnership that allows VaporFi to spread the positive word on vaping, by joining with an industry that represents everything we stand for: determination, tenacity, and fighting against all odds to come out on top. We aim to sponsor mixed martial arts athletes who represent this same spirit of pushing through barriers to accomplish the impossible, as so much of the vape industry has had to. Tonight’s fighter, Patricky Freire, is a prime example of this level of determination in his pursuit of titles, and we couldn’t be more thrilled to have him fighting for the vape fam!

This evening’s event is sure to be loaded with excitement, as it features three fights that will play quite a role in the careers of those who come out on top, as well as those who don’t. For the main event, Roy Nelson, who holds a 22-14 MMA/ 1-0 BMMA record, will take on Matt Mitrione who has a 12-5 MMA/ 3-0 BMMA record during the opening round of Bellator’s heavyweight series. The co-main event has VaporFi-sponsored Patricky Freire, holding an 18-8 MMA/ 1-1 BMMA record, challenging Derek Campos with a 19-6 MMA/ 8-4 BMMA record, for the lightweight title. Also included in the event will be boxers, Heather Hardy, with a 1-1 MMA, 1-1 BMMA record as she faces Ana Julaton, who has a 2-3 MMA/ 0-1 BMMA record in an MMA bout this evening, with the intention of meeting once again later this year for a boxing match.

Patricky Freire brings an incredible amount of energy to every match he’s a part of, and his killer instincts never fail to put on a show as he takes on his opponents in the most exciting manner. Hailing from Natal, Rio Grande Do Norte, Brazil, the 5’ 7″ 155lb Lightweight is known for his abilities to lay out a serious KO. He is part of the Pitbull Brothers association, along with his brother, the featherweight champion, Patricio Freire. Tonight’s fight is a rematch of a previous Freire-Campos matchup that resulted in Freire coming out on top; he is as ready as ever to take on Campos yet again, as both see fighting for the title belt in their near future. Freire stated, on the events of tonight’s fight, “I want to keep winning. I want to demonstrate that I have what it takes to be the next champion.” And we feel he has everything it takes to make that goal a reality.

So tune into the action tonight, VaporFi MMA fans, and be sure to follow us on social media because we’ll have the updates and outcomes posted for you. The action goes down at 9:00 PM EST on Paramount when the Main Card begins with three exceptional fights lined up. Cheer on the vape fam as Patricky Freire fights for the chance at a title in his duel with Derek Campos. It’s going to be an excitement-filled night of MMA action, and we are FIGHTING FOR YOUR RIGHT TO VAPE! Enjoy the action, vape fam; go Team VaporFi!

How Many MG of Nicotine Is in a Cigarette?