Study: E-Cigs Not a Way to Quit Smoking 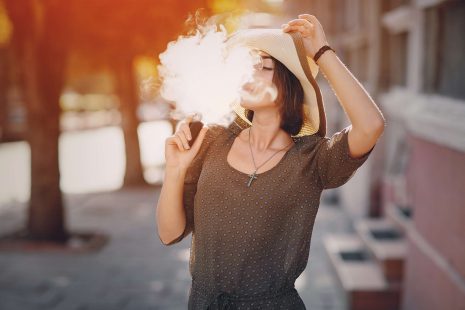 A study recently done and published by the journal, The Lancet Respiratory Medicine claims that only a mere 28% of smokers who use e-cigarettes actually end up quitting. Over the years, this same inquiry has been tested, and the results are always varied. This would lead one to believe that it is too abstract of a theory to test; the usage of electronic cigarettes is an incredibly individual thing, and possibly when the research is done, it is done biasedly. There are just too many factors that come into play, and testing a very diverse group of people will produce some very diverse conclusions.

One factor that needs to be addressed is how smokers use e-cigarettes. Electronic cigarettes and the whole industry’s range of vapor products does not market their items as cessation devices. Most vapers do not even view the products as cessation devices, an antiquated term most associate with nicotine patches and nicotine gums. E-cigs, on the other hand, present a modern option. A way to have one’s pleasure without the tobacco. Nicotine without the dependence on cigarettes. Many users alternate between e-cigs and traditional cigarettes, using vapor as a method they can lessen their intake of cigarettes with, and also, cut their expenses.

Legislation was recently passed in the UK that will regulate electronic cigarette devices as medicine, therefore making them eligible for cessation device status. As far as Ann McNeill (Deputy Director of the UK Centre for Tobacco & Alcohol Studies as well as a professor at King’s College in London), and Peter Hajek, (the Director of the Tobacco Dependence Research Unit from Queen Mary University of London)  both prominent researchers in the UK are concerned, this recent study done by the Lancet is just another misleading, erroneous, and non-scientific one for how the research was conducted, as well as how their conclusions were determined.

In their opinion, it is doing more harm than good, as it only examined the habits of current smokers. Successful smokers who quit using e-cigarettes as methods to quit were excluded, and the “research” focused on smokers who have used e-cigarettes at some point, even simply trying one, and basing a population on such random expressions.

So, while the debate on e-cigs vs. tobacco cigs continues on, we are left wondering how long supposed credible researchers are going to hide behind these inconclusive and error-filled studies. Research in health isn’t doing the public any favors when it is deliberately done to push a certain agenda, while covering potential positive solutions to public health woes.

How To: Store Your Juice

What is Propylene Glycol and What Are the Dangers?

How Many MG of Nicotine Is in a Cigarette?