When vaping first came on the scene, it encountered a shocking amount of pushback, including from the Food and Drug Administration, a regulatory government agency. The newly born e-cig industry was facing strict regulations, threatening vaping with a disastrous end before it even began.

However, in recent months, the FDA has shifted their position on vaping, and has readjusted many of their initial statements. Now, the government agency appears to have recognized that there is a significant difference between vaping and cigarettes, most directly in their connection to the user’s health concerns

Here is a short but thorough rundown of the history of the FDA’s vape rulings, as well as an update on FDA approved vape juice and what this means for the vaping community.

In May of 2016, the FDA informed the public that its authority would be extended to cover electronic cigarettes and e-liquids, which meant that they were able to develop and enforce regulations on the industry. The public also learned that the FDA had already outlined the regulations they planned to enforce.

Essentially, any vaping product or e-cig that was released after February 15, 2007 fell under the exact same lengthy and expensive FDA approval process as regular tobacco cigarettes.

So, why was this such a big issue? For starters, most vape liquids (and many e-cigs and other vaping products) are made by small, independent businesses. Unlike the multi-billion dollar companies that make up “Big Tobacco,” these vaping companies would find it incredibly challenging to fund the FDA approval process in the short amount of time allowed. This meant that many were faced with the possibility of having to completely shut down their business. According to an economic analysis conducted by members of the FDA, 99 percent of vape products would have been unable to even submit an application (mainly due to the incredibly short deadline), never mind earn a stamp of approval. This was a death sentence for most business in the vaping community.

Another big reason that the vaping community was frustrated by this decision was that it put e-cigs in essentially the same plane as tobacco cigarettes, implying that their dangers and health hazards were equal – in reality, this couldn’t be further from the truth. Around the same time, numerous scientific studies were proving e-cigs to be a much safer alternative to traditional tobacco use, with Public Health England estimating them to be a whopping 95 percent less harmful than regular cigarettes in a 2015 press release. In fact, scientists were learning that e-cigs were a very effective method for people looking to stop smoking.

So, for the FDA to categorize e-cigs as equally dangerous as cigarettes, requiring the same extensive regulation, seemed like a confusing move. This move would create a world in which cigarettes would be more easily purchasable than their scientifically-proven safer alternative, e-cigs.

In late July 2017, the FDA announced that they would be adjusting their original ruling. First and foremost, the deadline for the extensive approval applications was extended considerably. Originally, the deadline for submittal was August 8, 2017 – a date that most vaping companies had zero chance of making. Now, vape businesses have an extra 5 years to get through the long and expensive process, with a new due date of August 8, 2022.

The extended deadline was just one part of the positive shift, though. Scott Gottlieb, head of the FDA, made several statements in the report that showed promising steps forward for the vaping community in the eyes of the government. “Envisioning a world where cigarettes would no longer create or sustain addiction, and where adults who still need or want nicotine could get it from alternative and less harmful sources, needs to be the cornerstone of our efforts.”

What Does This Mean for the Vaping Community?

The biggest and most exciting takeaway from the latest FDA statement is that at long last, vaping is receiving the recognition it deserves as a viable, better-for-you pathway for those looking to stop smoking.

At VaporFi, we are hopeful for a future in which vaping is recognized as the innovative alternative to tobacco cigarettes that is truly is. We are proud to offer a selection of quality products to people looking to make the transition away from smoking, and our goal is to continue to provide education and information to the public, working towards our goal of helping people end their tobacco addition. You are welcome to contact our friendly, professional team if you are interested in learning more. 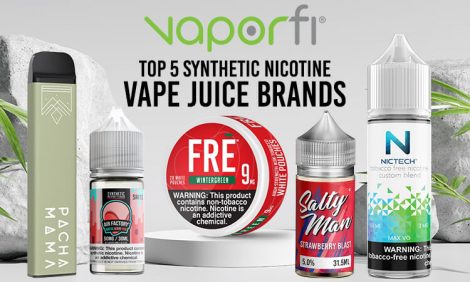 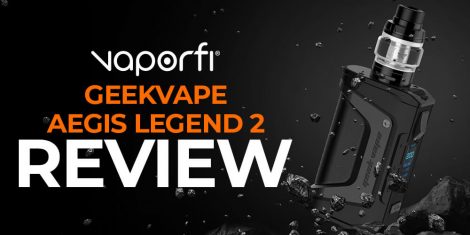