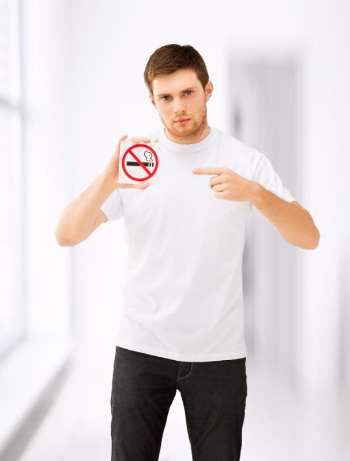 According to the American Lung Association, 90 percent of smokers pick up their habit by the time they reach age 18. In an effort to reduce the number of adolescent smokers, two states are currently working to raise the legal smoking age to 21.

Ferguson has said that he hopes raising the legal age for smoking will be a pushback against Big Tobacco, who have been perceived as targeting 18-21-year-olds. Raising the legal smoking age could also effectively stop younger teens from having 18-year-olds buying cigarettes for them.

There are currently four states—Utah, New Jersey, Alabama and Alaska (with the addition of Washington D.C.)—who have a legal smoking age of 19.

California’s bill to increase the legal smoking age is in conjunction with the American Heart Association, American Lung Association, and the American Cancer Society. These organizations are working to impose a $2-per-pack increase in cigarette taxes in order to renew their anti-smoking campaign.

Attempts to raise the legal smoking age from 18 to 21 have been unsuccessful in the past. New Jersey, Utah, Colorado, and Maryland have all had similar proposals fail to pass. One thing that may give these bills some backing is that in areas where marijuana is being legalized (whether for medicinal or recreational use), the legal age of consumption is 21 years old.

Both Washington and California lawmakers have begun focusing on vaporizers cigarettes as well. There is proposed legislation on the books to keep the patrons of bars, restaurants, hospitals and other businesses from using vaporizers while on the premises of these establishments.

Despite the fact that vaporizers do not burn tobacco like traditional cigarettes, many people still lump them together. This association often leads electronic cigarettes to be included in legislation aimed at tobacco cigarettes.

To educate yourself and others on vaping and how it differs from smoking, we invite you to learn more about how our smokeless cigarettes work.

Also, be sure you stay abreast of the most recent vaping news and headlines by visiting our regularly updated blog and knowledge center.

Audrey Durand is the Senior Brand Manager for VaporFi Online Division for the US and Australian Markets. She is an early adopter of e-cigarettes and vaporizers and uses her market expertise to continue developing the marketing programs of the brand, Audrey looks forward to the dynamic operations and growth opportunity with VaporFi. She is also the founder of BlogIntoLife, a platform that helps beginner bloggers start a professional blog and grow their business in the CBD market and in other verticals.

Survey Says Millennials Are Leading the Way in E-Cig Popularity

Big Brother Is Watching: Could Facebook Be Censoring Pro-Vape Articles?