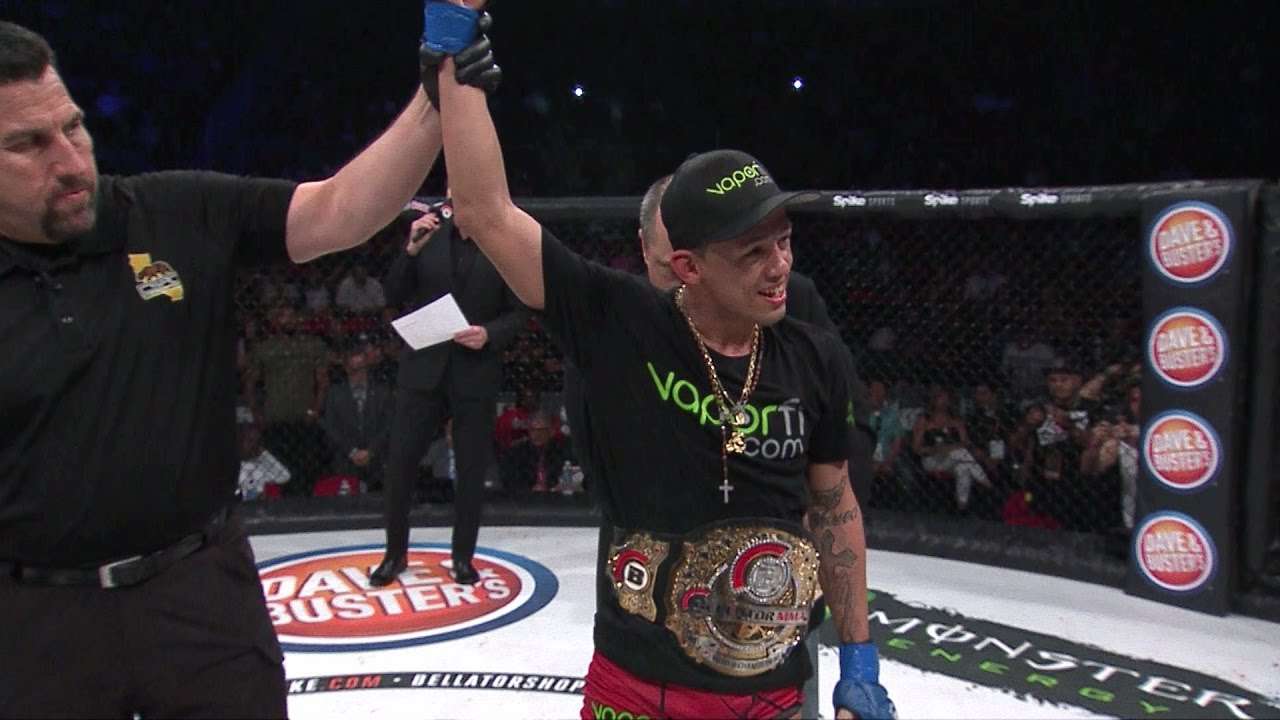 Get Ready for Team VaporFi at Bellator 206!

Hello, vape fam! VaporFi MMA is going down yet again this weekend during Bellator 206, and we are cordially inviting you to catch all of the action! It’s going to be a crazy night of exciting fights, and you know it will be bringing the drama, the suspense, the moves, and of course, the outcomes, so come Saturday, September 29, grab that vape pen or mod, tune into Spike TV/ Paramount Network/ DAZN to watch it unfold live! The Prelims will start at 8:00 ET, while the Main Card is set to get down ‘n dirty at 10:00 PM ET. Go Team VaporFi!

During Bellator 206, VaporFi MMA has the proud pleasure of sponsoring two incredible athletes during what is expected to be a fine evening of great fights. During the Main Card, the Welterweight Grand Prix Opening Round, Douglas Lima will be fighting for the vape fam as he faces off against Andrey Koreshkov. Also during the Main Card, in the Female Flyweight Feature Fight, we are pleased to have Keri Melendez representing VaporFi as she takes on Dakota Zimmerman. However these fights go is yet to be seen, but one thing we know: it’s going to be crazy and it’s going to be good!

Bellator 206 is not for the faint of heart; this battle royale kicks off what is slated as one of the most difficult tournaments in the event’s history. Douglas Lima is prime and ready for it, knowing well in advance that it will be nothing like previous matches. With a Bellator title under his belt, Lima is more than determined to do it all over again, starting with his match against Andrey Koreshkov, who is also a title holder. This tournament has been strategically designed to challenge its competitors, and it will feature an array of difficult fights featuring the best welterweights in the world. Lima knows what he’s up against, stating “We have a lot of killers in this tournament. The best welterweights on the planet are competing. I believe this is one of the toughest tournaments in history. The winner here really belongs at the top of the welterweight division. That’s what I plan on doing.” And we certainly don’t doubt his abilities!

Hailing from the USA, the 5’6″, 115 lb Keri Melendez currently stands at an undefeated 2-0 record and she is clearly aiming to make that a 3-0 by the end of her fight against Dakota Zimmerman. This will be the first professional Bellator fight for Zimmerman, who is emerging from a 3-year hiatus, and she will definitely have her work cut out her for against Melendez. We’re not just saying that because Keri is a VaporFi fighter; have you seen this woman fight? Her first-round submission on Tiana Valle during Bellator 201 back in June of this year was out of this world, and her prowess in the cage is nothing to joke about. We are amped to see what she delivers at Bellator 206!

So Saturday, September 29, Bellator 206 is going down, and it’s going to be a night of MMA unlike any other, so don’t miss it. AS mentioned above, Bellator 206 will be broadcast via Spike TV/ Paramount Network/ DAZN, with the Prelims starting at 8:00 PM ET and the Main Card at 10:00 PM ET. We’ll be cheering on our fighters, Keri Melendez and Douglas Lima, who will be fighting hard for the vape fam, and we know the action will be next-level throughout the night. Go Team VaporFi!

The Sense Herakles 3 Sub Ohm Tank is Our Deal of the Week!

Paul Daley Fights for the Vape Fam at Bellator 199!

VaporFi MMA Will be Fighting Hard at Bellator 195!