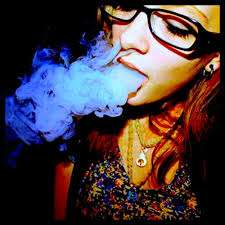 Ah, misinformation… how we love thy so! Said no electronic cigarette company ever!

The latest string of misinformation from a trusted, international, reputable, recognized magnate of health has just launched a series of ads denouncing the ills of tobacco smoking… using e-cigarettes as an example! Could they get any more misleading?

The problem with such adverts is that they wrongfully group electronic smoking under the same umbrella as tobacco smoking, and we all know in reality, vaping does not work with tobacco. While we are aware of the truth and the difference, not everyone else is. Such ads can be persuasive to those who are interested in vaping to steer clear of the products in an effort to abstain from more tobacco-related problems. They also continue the trend of spreading rumor, and passing half-truths off as factual.

Such a scientific-based organization, that has always prided itself on being a voice of reason, should certainly reconsider such ill-informed ads. They spread the wrong message, and are continue this silly trend of fear mongering. It is unfortunate because these ads try to paint vaping in the same light as smoking, and it is completely uncalled for. Even going so far as to use an “example,” a woman telling her tale of ill-fated tobacco usage, in which she started using e-cigarettes yet never stopped smoking, and was faced with the removal of a lung. Sure, anyone with critical thinking skills can see through the smoke, however there will be those who fall for the misleading advertising and point the finger at electronic cigarettes.

Millions of smokers have now stopped using traditional cigarettes in favor of e-cigarettes, opting for clean, odorless, tobacco-free e-liquid, and the many benefits digital cigarettes avail. They enable users the ability to have a similar experience without smoke, tobacco, or tar; not because they are a hip, new way to smoke tobacco!

As this fight continues on, have a look at these scientifically researched studies related to electronic smoking, and form an opinion of your own. The CDC’s targeting of vaping is simply erroneous. If they need to make an example of the tobacco industry, there is more than enough fuel for that fire. 400,000 tobacco-related deaths in the US alone is just one example. In the meantime, they really need to leave vaping off their anti-smoking agenda!

It’s Official… VaporFi is & Has Always Been Gluten-Free!

Study: E-Cigs Not a Way to Quit Smoking

Why is My Vape Saying “No Atomizer” or “Check Atomizer”?