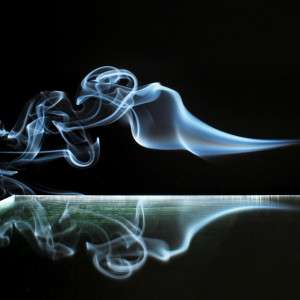 TIME Magazine: A Little Biased, Are We?

Wasn’t there a time when TIME magazine stood for something real? Like the facts? Like reality? Like a journalistic commentary on issues that were based on fact, and not on politically-driven, biased spin?

TIME’s most recent article on e-cigarette usage is anything but reality. Advising smokers they’d be better turning to DRUGS over using e-cigarettes as an alternative, according to research and studies? Drugs? That come with really intense, terrifying side effects that can cause serious psychiatric harm, and inspire suicidal tendencies? While there is not “sufficient” evidence on the case of electronic cigarettes, this assessment of research lacks the ability to be unbiased and look at electronic cigarettes for what they truly are: alternatives.

We totally understand the concept of cessation, and e-cigarettes are not meant to be included. By law, and the FDA’s designation, they are not cessation devices, nor are they to be included in any such discussion by manufacturers. How users use them is entirely their choice, but no one is marketing their alternative cigarettes (legally, at least) as options for those to use as a means to quit smoking with.

E-cigarettes, particularly those that are sold by brands such as VaporFi, where ingredients are disclosed, and everything is on file with FDA for standards purposes, do not contain anything questionable beyond nicotine. Flavors, water, PG/ VG, and that sums it up. Everything is straight forward, and users are able to maintain a high level of control over their preferred nicotine level, how much they use their device, whether or not they choose to consciously use it, and/ or with decreasing nicotine levels. Users even have the choice to go for nicotine-free liquids if they so choose. How a magazine like TIME can suggest using prescription drugs is a safer and better direction is almost laughable.

Ok, off my soapbox. Let’s talk facts, TIME. Enough of the nonsense. Smokers should be advised of all of their options, whether they want to quit, lessen their tobacco intake, or seek alternatives that allow the use of nicotine (as in, with electronic cigarettes), without being blindly lead to use a drug that comes with the side effects of heart issues and severe psychiatric issues. With so many choices available, suggesting the first course of action be with a hardcore drug does not make sense.