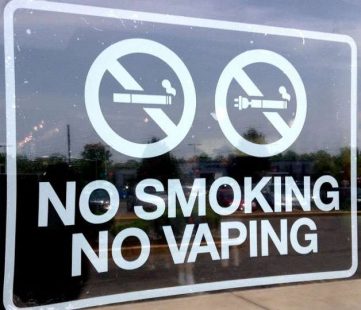 Vaping advocacy and how it will pertain to you, the loyal vaper. The piece of legislature in question, is the Omnibus budget bill. Some of you may not know exactly what this is, so let me briefly explain what it basically is. An omnibus bill is a law that is proposed, which covers a large variety of diverse and practically unrelated topics. This bill is passed into law with a single vote, packaging together and combining several proposals into one. On the downside, with the immense size and scope, these bills extremely limit people’s opportunity to debate and scrutinize the information within them. In the past, the omnibus bill has been used to push controversial amendments into law. For this reason, there any many people that believe this bill to be “unconstitutional”.

With all that being said, how does any of this pertain to you and your fellow vapers? Well, last year the FDA proposed the first ever regulations on vaping devices, this includes everything from atomizers, vape tanks, and even e-liquid. How it’s stated right now, is any e-cigarette or vaping device that was on the market as of February 15, 2007, is exempt from these laws. On the other hand, anything after that has to go through a lengthy and costly process to prove their product has no more risk to it than something else that was on the market prior to that time. I understand this might sound like a lot of gibberish and I apologize for this; but to put it simply, devices made after that date have to prove they aren’t dangerous, while the earlier ones don’t.

You might be wondering why this is such a bad idea. In all honesty, I don’t think proving vape devices are not dangerous is a bad thing. But research is still being conducted on the matter. It has already been proven by many scientists, on both sides of the argument, to be less harmful than smoking. That should be enough, but unfortunately it isn’t. Where will all of this leave the vaping world in the future? Well, right now it looks like it will be left in the hands of big tobacco. What many people, not in the vaping community, don’t realize is the fact that all those companies that made products prior and are exempt from this bill, were recently purchased by big tobacco companies. When this originally started to happen, it sent up a huge red flag with me, and I immediately saw the problems this could, and would cause in the future.

Without making too big a point on the issue, this could single-handedly cripple the vaping industry. Mind you, this being an industry that last year was roughly worth around $3.5 billion. Many advocates, including big tobacco ironically, think the exemption date should be pushed back, to encompass more devices that are still popular today. The FDA claims they don’t have the authority to make these proposed changes.

Granted, big tobacco will be able to comply with these regulations, andpotentially, maybe even some of the larger companies in the vaping community will be able to as well. But this could most likely crush 90% of the vape shops in the country that make there profits by selling their own custom e liquid. This is the reason most of you made the switch in the first place; to get away from cigarettes and the standard taste of them. Because of how this law is written, every company would have to submit an application for approval for every single flavor of e liquid they currently make and will make in the future. What will happen if these juices are no longer allowed to be made? I can see one of two things happening. First, those who made the hard choice to quit, will end up going right back to smoking standard cigarettes. Second, people will end up going back to how things were done during the days of prohibition, and get these e liquids anyway they can.

The reason I am focusing a lot on the e liquid side of things, as opposed to the mods and devices themselves, is because the e-liquids are the reason a lot of these controversial topics started in the first place. People were getting concerned that companies were making juices and labels that were targeting children, in order to get them addicted to nicotine. I agree, anyone under the age of 18 should not be allowed to use these products. They’re still considered tobacco products for a reason. But this could be viewed as a pretty thin argument. In all my time as a vaper, I have never seen anyone, at any location or  vape show, sell any products to a minor. In fact, I’ve witnessed minors thrown out of a vape shop for trying to purchase. Mind you, this is coming from a guy who starting smoking and buying cigarettes at the corner store at 15 years old. There are many sides to this argument, so I won’t tread down this road much further, but I think you see the point I’m trying to make.

It’s hard to say what this will do for the mod builders around the world, because 99% of all the creators of mods and atomizers, are overseas. Asia has flooded the market with devices that have taken a hold of consumers, making them want more. This won’t hurt them I don’t believe, because they will still have no problems selling their wares to other people in other countries. Sure, other countries have vaping regulations as well, but none as strict as the one implemented and being pushed through in the United States. Where this will affect those other countries is the fact that many of their e-liquids come from companies right here in the United States.

We all need to do the research required to help the vaping community. It would be terrible to see it brought down by a technicality, put up by people that don’t want to share a piece of the profit. This new “trend”, if you want to call it that, has personally given me my life back, along with millions of others willing to tell you the same thing. Please keep yourselves informed about what’s happening within the industry and maybe, just maybe, your voice could be the one that helps to make changes possible and keep vaping as it currently is, around for many years to come.

Need Answers? Vape Lounges are a Great Place to Get Informed!

The Vape Fam Goes Hard at the Professional Fighters League This Weekend!

Meet Ron Johnson: The Politician Who’s Fighting For Your Right to Vape