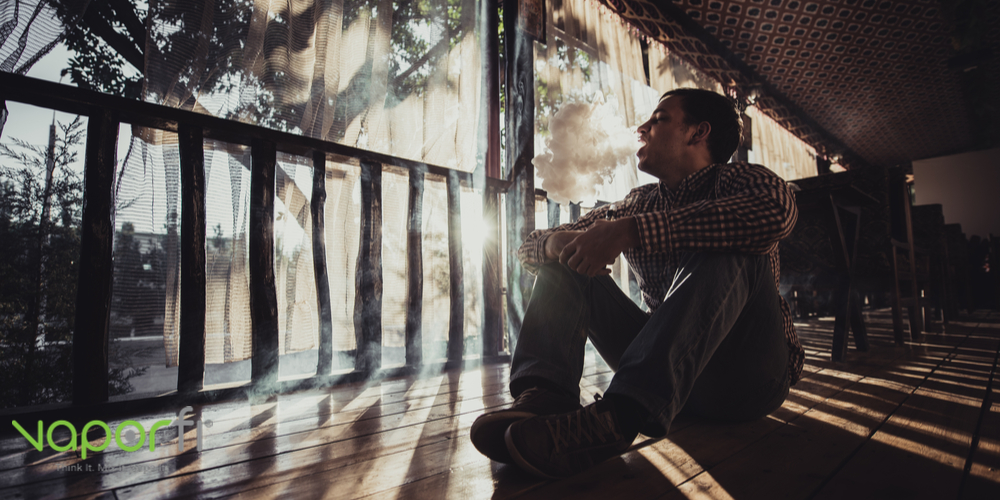 If you are already a fan of VaporFi’s Rebel series you may be wondering what the difference is between the original Rebel and the new Rebel 3. Not only are the two very different in appearance, VaporFi also managed some tremendous improvements in technology and design between the two generations.

First off, you’re probably already familiar with the slim, silver shape of the old school Rebel tank. This basic 4 ml tank became wildly popular alongside the ultra trim Rebel atomizers. It was one of the early dual coil models that offered up to 2.6 ohms of resistance and 510 threading. It was also one of the first tanks to introduce adjustable fluid flow so you could better manage your e-liquid consumption over time.

By contrast, the Rebel 3 is a darker, more mysterious rendition of the tank and atomizer. It features black hardware with a smoked pyrex glass tube. Slightly shorter than the old Rebel, it has a wider base that allows for 5.8 ml of e-liquid, an impressive jump in capacity given its size. Depending on the device you are pairing it with you may find that the 30mm tank is a bit overbearing.

Overall, both the Rebel and the Rebel 3 perform very well. They were both designed with the user in mind, so they are super easy to adjust and work with. The biggest difference is that the Rebel 3 was specifically designed for heavy users who prefer sub-ohm vaping. As the industry has taken a major turn toward sub-ohm vaping of late, this tank has definitely filled that need. The Rebel 3 atomizers run at a cool 0.5 ohms, while the original Rebel atomizers are at 2.6 ohms.

The dual heads make them easy to build on and they are both designed to stay cool in your hands, which is a nice touch. They have both been noted for their clean taste and nearly perfect rendition of the flavored e-juices you vape. Some atomizers have had issues with distorting flavors due to variations in heat and airflow but that is not the case with these at all. If you stay on top of things and change your atomizers on a regular basis you can prevent dry hits and maintain the quality of your vape overall.

In the cloud chasing world, the Rebel 3 in particular has earned a positive reputation. It comes standard with a wide bore drip tip, but you have the option to change it out for something else if you prefer. Most people say that the standard tip is more than enough though for huge clouds that are notably dense enough to play with. It also has a 3000mah battery which makes it one of the longest-lasting batteries around. While you can no longer purchase the original Rebel starter kit, the Rebel 3 kit is widely available and is a perfect way to get a complete device for sub-ohm vaping in an instant.

VaporFi has created a great value for their customers with the Rebel line. No matter what style of vaping you are doing, the Rebel 3 showcases VaporFi’s ability to make small scale changes that have a big impact. Even slight changes in the diameter and height of these tanks have resulted in better performance across the board and more longevity for the user. VaporFi refined some of the best features of the Rebel and made them even better than before.

The new look of the Rebel 3 is also a classy upgrade on these tanks and one that makes it stand out from others in the crowd. At the $50 price point, these are two of the very best tanks on the market, and they are extremely versatile when it comes to pairing them with any of your favorite devices. Purchasing matching atomizers in a five pack will save you money and can keep you vaping for weeks for under $20. Whether you’re looking for a great all around tank and atomizer for your device, or you’re looking for a really solid sub-ohm tank, the Rebel and Rebel 3 have plenty to offer.

How to Build a Vaping Empire

Catch Our Deal Of the Week: Catch Ya Latte!

VaporFi Raspberry Mocha Vape Juice: A Flavor Unlike Any Other