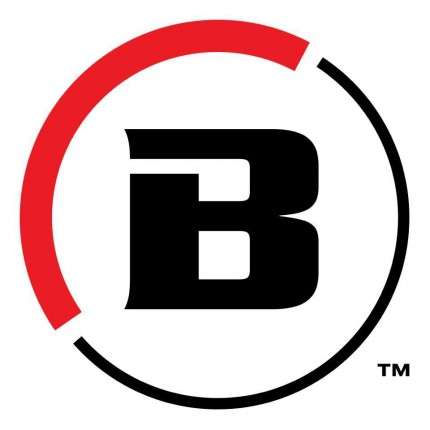 VaporFi MMA at Bellator 201 is Going Down Tonight: Don’t Miss it!

Greetings, Vape Fam! Bellator 201 is happening tonight and the action will be coming at you hot ‘n heavy! Live from the Pechanga Resort and Casino in Temecula, California, it’s going to be a great night. We’ve got a killer lineup of fights with VaporFi-MMA sponsored athletes, and the whole evening is set to be full of great MMA, so be sure to tune in. This will be an evening all about the Flyweight division, and VaporFi will be sponsoring fighters in two of this evening’s Flyweight fights, along with one in the Lightweight Co-Main event. The whole showdown will be broadcast live on Spike TV/ Paramount Network, starting at 9:00 PM ET for the Main Card. So tune in and cheer us on; however it goes down, you know it’s going to be exciting! Go Team VaporFi!

What makes Bellator 201 so anticipated is that it will feature a seriously killer event: the Flyweight World Title match between Ilima-Lei MacFarlane and Alejandra Lara, who will be going hard to earn that title. Both of these fighters are aiming for the win, and the ferocious, MacFarlane is aiming to secure her undefeated record. MacFarlane is seen as one of the most dominant fighters in the game, and her submissions are regarded as fearsome. The equally-impressive, VaporFi-sponsored Lara holds a 7-1 record, and though she faces an uphill battle against MacFarlane, she’s not backing down. She holds immense promise, and we are expecting her to pull off some magic in the cage. Well-rounded, Lara brings an equal amount of skill to the fight, excelling in both knockouts and submissions. However this fight goes, it’s going to be exciting!

Kristina “Warhorse” Williams @warhorsemma 🐎 2-0 1 KO/TKO 1 DEC After scoring two major upsets in back-to-back fights, she aims to land her biggest one yet against seasoned contender Valérie Létourneau this Friday night at #Bellator201

In Bellator’s other Flyweight feature of the night, VaporFi will be sponsoring Kristina Williams as she faces off against the former UFC fighter, Valerie Letourneau. Though newer to the Bellator MMA scene, Williams has hit the ground running in her Bellator career and she is more than ready to face the very experienced Letourneau. Williams boasts size and power, and with her skills as a kickboxer, she is amped to increase her record of wins. We are expecting an amazing fight with these two, and cannot wait to watch it go down.

Saad “Assasin” Awad @saadmma The Bellator veteran is currently on a 3 fight win streak. 22-9 9 KO/TKO 7 SUB 5 DEC He steps into the cage against Ryan Couture Friday night at #Bellator201

In the Co-Main Card, VaporFi-sponsored Saad Awad will be going hard against Ryan Couture in the Lightweight fight. Awad is known as one of Bellator’s most consistent fighters, and he holds an impressive 22-9 record. Awad stands as a seriously powerful striker, known for his knockouts, and his ability to manhandle a wrestler in the cage. Couture holds an 11-5 record, and he is gearing up to bring his A-game to this fight, as it means so much to his career’s longevity. We expect both fighters to be going hard and fighting for the win.

So tonight, June 29, 2018: tune into Spike TV/ Paramount Network at 9:00 PM ET to catch all of the fights going on at Bellator 201. This night will be all about the women’s Flyweight fights, and a new world title champion will be crowned by the end of it. We will be cheering on all the VaporFi MMA fighters, Saad Awad, Kristina Williams, and of course, Alejandra Lara, throughout the night, and expect some great results. Be sure to be following us on social media as well; you know we’ll have updates and outcomes for you as they happen. Go Team VaporFi!

IVG Millworks
Deal of The Week

DOW: You Need the Eleaf iJust S Starter Kit in Your Life!

The Power is On with the Deal of the Week!