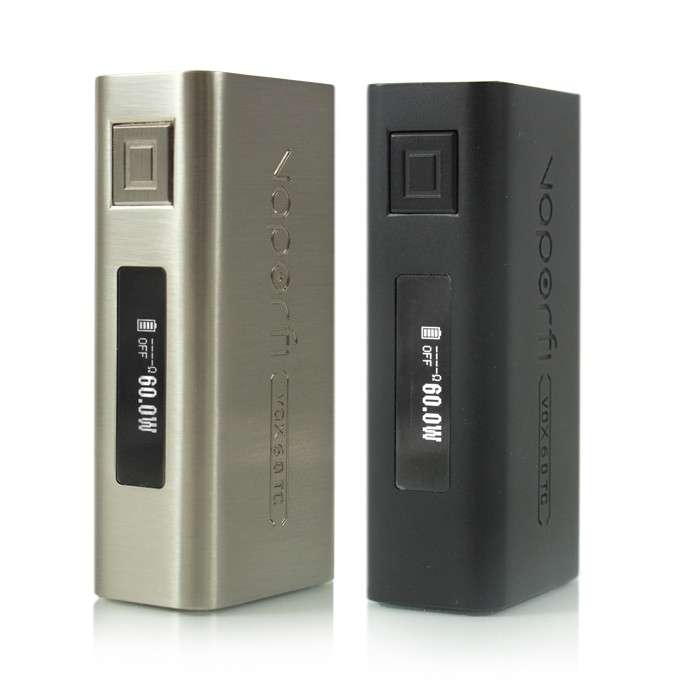 Built around a sturdy foundation of world class vaporizers, the widely known internal battery VOX collection by VaporFi became a household name in vaping due to its superior construction. However, the time has come to think outside the box and inside the VOX as this series gains even more notoriety due to a lineup overhaul of highly anticipated upgraded devices. The VOX collection is getting that much sweeter as two more MODs make their way into an incredible lineup that has swept the vape market by storm over the years. These two devices, the VaporFi VOX 40 TC MOD and the VaporFi VOX 80 TC MODs, were so incredibly popular in-stores that we are now offering them online to purchase with all your other favorite VaporFi juices, tanks and accessories. Now online shoppers can strengthen their vape collection with MODs of precision machining, game changing quality and hefty power capabilities.

Many vapers throughout the world have had the opportunity to experience VaporFi’s superior lineup of advanced device’s, but they’ll now get to embark on a journey with two of the most sophisticated internal battery MOD’s available on the market. Internal battery MODs provide vapers with serious convenience as their chargers are portable and you do not have to charge 18650 batteries separately. Additionally, what’s most intriguing about these devices is their power potential, immense attention to quality and detail and of course its diverse capabilities that include a lengthy battery life and the industry’s latest technology, temperature control.

Both the VOX 40 TC and the VOX 80 TC present an ergonomic design, a beautifully fashioned brushed zinc alloy construction, two color options (black and stainless), and they’re both infused with cutting-edge technology that delivers an advanced chipset and a very informative OLED display. However, their durable construction, remarkable design, and comfortable feel isn’t all that’s included to make up these truly unique VaporFi additions.

The VaporFi VOX 40 TC MOD offers a hefty 2200mAh built-in battery that is sure to offer a lengthy vape session, and can be charged quickly via an equipped micro-USB port. Its power capabilities allow for ranging as low as 1 watt and as high as 40 watts with a minimum resistance of 0.15ohm. If that isn’t already enough, the new temperature control feature gives the ability to range between 200 and 600 degrees with a minimum resistance of 0.05ohm. To finish the device off properly, users will get the privilege of viewing a new Real Time Clock (RTC) on its 0.96” OLED display.

The VaporFi VOX 80 TC MOD, on the other hand, offers a step up in battery life, as it’s equipped with a built-in dual li-po 4000mAh battery, which not only increases time with the MOD substantially, but also enables higher power capabilities. Users will get to explore this workhorse in a range of 1 watt to 80 watts with the ability to fire atomizers as low as 0.1ohm. Just like the VOX 40 TC MOD, the VOX 80 TC MOD also has a new temperature control feature that allows for 200 to 600 degrees with a minimum resistance of 0.05ohm. Finishing up, there is once again a Real Time Clock (RTC) that is viewable on the 0.96” OLED display.

These two online additions to the VOX family are a lot alike. However, where they differ from one another is in their size, their battery capacity, and their power capabilities. One has the ability to deliver huge power and battery life, but it’s also larger in size, while the other has the ability to offer half the power and nearly half the battery life, but it’s also sized to be more pocket-friendly. Nonetheless, each device offers the perfect balance for any vaper offering compatibility with any VaporFi vape juice tank or RDA. Basically, what it truly comes down to is preference. Both have been designed to offer the best features and capabilities in its class, holding true to the VOX family’s reputation as the most reliable and mighty line of vape MOD’s. Make sure to check these out today!

Deals of the Week: Havana Beach & the Rocket 3!

Deal of the Week: Go Pro with the Pro 3 Starter Kit!