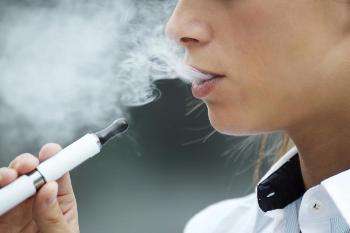 Advancements in e-cigarette technology have not only produced new, better and more long-lasting vaporizers, but it has also increased e-cigarette popularity. As activities become more popular, the natural progression is to show off one’s skill. This has led to what we in the vaping community call competitive cloud chasing.

What is cloud chasing, you may ask? No, it’s not anything like a tornado chaser (those guys are crazy!). Cloud chasing in vaping lingo is like a competition to see who can produce the largest vapor cloud. Those who participate (cloud chasers) inhale and exhale vapor in the hopes of producing large, dense clouds of vapor.

How Cloud-Chasing Got Started

From what people can tell, competitive cloud chasing has existed formally for around 2-3 years or so, and it’s going pro. We’re talking about organized teams, prize winnings and sponsorships! The most well-known participants are being sponsored by major e-cigarette manufacturers and winning prizes as high as $2,000. In fact, enough people are competing that there are dueling championships: the International Cloud Championships (California) and the World Series of Vape (Las Vegas).

How the Vape ‘Game’ is Played

To duel, two contestants stand back-to-back. In order to take the biggest drag they can, some contestants will bend over to rid their lungs of air and then fill their chest with as much vapor as they can handle. They then expel this vapor and whomever has the longest plume wins. Sometimes these plumes can reach upwards of 4 feet long! To keep everything fair, judges refer to measuring tape on the wall.

The best way to produce award-winning plumes of vapor lies in your ability to angle your mouth in such a way that the plume remains as a solid cloud. You also need to be dexterous at ‘modding’ your e-cigarette. The best way to accomplish this is by winding cotton around the copper wires located near the bottom of the device. This will allow you to draw in much more e-liquid and the extra copper wire makes the juice burn quicker.

You should be cautious, however, when decreasing the resistance of your vaporizer. Decreasing too much could make your battery overheat. In fact, unless you are very confident in your ability to safely modify your e-cigarette, we advise steering clear of expanded vapor production altogether. Leave cloud chasing to the pros!

To stay abreast with the most recent e-cigarette news, revisit VaporFi.com for our continuously updated blog and knowledge center, not to mention check out our line of awesome vaporizers and vaping supplies.

A Little Info About Rebuildables, AKA RDA’s

Show Off Your Puff at These Vaping Competitions

Need Answers? Vape Lounges are a Great Place to Get Informed!