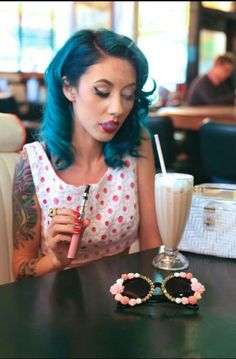 Since the inception of the electronic cigarette era, the anti-tobacco and anti-e-cig proponents have barked the rallying cry of this industry following precisely in the footsteps of tobacco, and setting their aim on children. Specifically by using advertisements and candy-flavored products to lure in youth, setting them up for a lifetime of addiction, so that they may profit selfishly for themselves.

In reality, as far as the e-cigarette industry is concerned, this could not be further from the truth. You see, as much as those opposed to e-cigarettes would like to see the industry go down for these false claims, the great majority of brands, shops, and retailers have no interest in marketing to children and those underage. It’s just not good business.

Unfortunately, even reputable news sources such as WIRED magazine are attempting to push this (impractical) envelope, perhaps in favor of stirring the pot and igniting some attention. Yet, truth be told, with the ever constant looming discussion of FDA regulations, and the current regulations that prohibit the sale of electronic cigarette items to minors, it’s way more responsible and credible for companies to play it safe by keeping their ads not geared towards children. One fact to keep in mind, If e-cigarette brands were really aiming their marketing at children, would they have stars such as Jenny McCarthy, Courtney Love, and Stephen Dorff, none of which are really appealing to the under 18 crowd, starring in their ads?

And to redundantly address the never ending argument of how candy, sweet, and fruit flavored e-liquids are sold to entice children… How is it deemed that children are the only age group consuming candy, fruit, and desserts? There is no age limit on enjoying sweets; and simply because you are an adult does not mean you will go after savory flavors such as tobacco over sweet ones based on your age. Alcoholic beverages come in every possible range of flavors, including sweet and salacious numbers like the infamous buttery nipple and sex on the beach, in addition to the eyebrow-raising varieties like kids’ cereal, or birthday cake flavored vodkas.

So, as much as this type of article aims to grab attention, and pit the e-cig industry as an evil entity out to corrupt children, it’s simply not an example of reality. Only the tiniest fraction of electronic cigarette and vaporizer companies are targeting kids. Otherwise, the rest of us, the 99%, are striving to maintain the integrity of this industry, and are interested in an adults-only customer base.

2 Ways to Deal with Vape Floods and Leaks

Why be a Dual User?

What are Vape Pens?

Things To Consider Before Upgrading Your Vape

Which Coil Configuration is Best: Single or Dual?