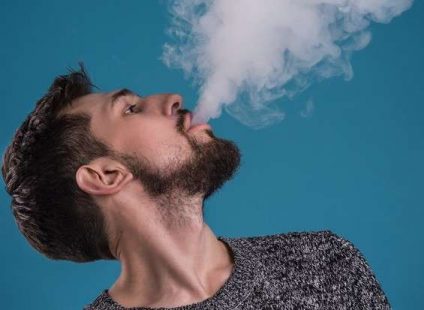 Cloud chasing has gotten more popular than ever as of late, so much so, there are even competitions being held. Seriously. Some call it “stunt vaping” and others know it as blowing clouds; no matter what you call it, it involves hardcore vape machinery, e-juice that goes heavy on the VG, and for the one who blows the biggest cloud, it can result in cash prizes and other rewards; no joke!

So, why are sub ohm clouds so incredibly sought after at the moment? Well, it could be for a variety of reasons, including the fact that they look awesome, feel awesome, add a new level of excitement to vaping, and they make vaping extra fun!

Hey, hobbies are hobbies, and who’s to knock someone’s love of building the perfect setup, tweaking it to their exact desires, and getting results that equate to cumulonimbus status? In this industry, no one!

So, are you interested in partaking in this oh-so-interesting pastime? Here’s what you’re going to need, and the very basics of what’s involved to start blowing some massive clouds!

VF Gift Guide: For the Ladies

How To: Vape A Puff Bar